The embrace of the serpent

The link is unblocked so no need for a VPN or Tor,it is a very good TS version,good sound

Where to Invade Next: To learn what the USA can learn from other nations, Michael Moore playfully “invades” them to see what they have to offer.

I am not a great fan of his documentaries but this one is pretty good,with a sense of humor.

“On July 26, 2000, the prestigious Journal of the American Medical Association published a review by Dr. Barbara Starfield, a revered public-health expert at the Johns Hopkins School of Public Health. Dr. Starfield’s review, ‘Is US health really the best in the world?’, concluded that, every year in the US, the medical system kills 225,000 people. That’s 2.25 million killings per decade.” (Jon Rappoport, The Starfield Revelation)

This is about a film no one can see, because it exposes lunatics and destroyers in the vaccine industry.

Here is a quote from the Vaxxed producer and director, after their film was just axed from Robert De Niro’s Tribeca Festival (as reported by Jeremy Gerard, see: “‘Vaxxed’ Filmmakers Accuse De Niro, Tribeca Film Fest Of ‘Censorship’ In Wake Of Cancelation,” 3/26/2016):

“’To our dismay, we learned today about the Tribeca Film Festival’s decision to reverse the official selection of Vaxxed: From Cover-Up to Catastrophe,’ said Andrew Wakefield and Del Bigtree (the director and producer, respectively). Robert De Niro’s original defense of the film happened Friday after a one-hour conversation between De Niro and Bill Posey, the congressman who has interacted directly and at length with the CDC Whistleblower (William Thompson) and whose team has scrutinized the documents that prove fraud at the CDC. …” (emphasis added)

Okay. So here is the sequence…

One, De Niro, who has an autistic child, decides to screen Vaxxed at his Tribeca Festival. It’s a film that reveals lies and crimes, and shows there is a causative connection between vaccines and autism.

Two, pressure is applied to De Niro, so he meets with Florida Congressman Bill Posey, who lets him know the film is right on target. Posey knows, because he and his team have many pages of documents from CDC researcher, William Thompson, who blew the whistle on vaccine-autism fraud in 2014.

Three, De Niro decides he’ll not only screen the film, he’ll introduce it himself, live, onstage.

Four, out of the shadows emerge people who put the screws to De Niro. What do they tell him? His career in film will end? His annual Tribeca Film Festival will go down the toilet? The medical treatment his autistic child is receiving will be cut off? He and family are now “not safe?”

Five, De Niro backs away and cancels the showing of Vaxxed.

He’s been taught a lesson. Don’t go up against the medical cartel. Keep your mouth shut. Suffer in silence.

But you can’t see a film that suggests a vaccine could be causing autism.

That strikes at a secret too big to tell.

That torpedoes a monopoly that must be protected, no matter what.

To boil down the background: In 2014, long-time respected CDC researcher, William Thompson, made a statement asserting that he and several esteemed colleagues had lied about a key study they authored 10 years earlier.

The study actually revealed a connection between the MMR (measles, mumps, rubella) vaccine and the onset of autism in young black boys—but that part of the study was censored.

In fact, Thompson said, he and his colleagues sat in a room at the CDC, brought in a garbage can, and threw out those pages of research. That’s right.

But Thompson kept copies of the pages. Congressman Bill Posey and a few other people have those pages.

Thompson says, through his lawyer, that he will not speak to reporters. He’ll work with Congress, if an investigation is mounted. But there is no indication Congressional hearings will ever be laid on.

Because this story is too big.

This is the subject of the film, Vaxxed. The betrayal of the people by the Centers for Disease Control.

You can bet your bottom dollar that the prospect of Vaxxed being shown at Robert De Niro’s own festival—with him on stage introducing it—raised alarms at the CDC. Loud ones.

There is a very good chance that the CDC reached out to someone, who in turn reached out to De Niro and whispered in his ear and caused the actor to pause for thought.

He paused, and decided to turn around. He decided the risk was too great. He laid down his sword, such as it was, and went dark.

First Amendment? Never heard of it.

We now live in a country where the government decides, when it needs to, how to “protect the population” from “dangerous information.”

In this case, the Hippocratic Oath is turned inside out. It becomes: “First, do harm.”

Vaccines can cause autism? Well, sure, but don’t tell people that. Lie and keep lying, and keep calling it science.

Who cares how many children are destroyed?

Don’t let a film see the light of day.

But it will. One way or another, it will be shown and people will see it and then they will know.

Pope Francis to Make Acting Debut in ‘Beyond the Sun’

Pope Francis will play himself in the new religious movie “Beyond the Sun,” marking his acting debut and the first time that a pope has appeared in a feature film.

“Beyond the Sun” — from Ambi Pictures — is a family adventure based on the Gospels. Pope Francis asked the filmmakers to make a movie that communicated Jesus’ message to children.

AMBI co-founders Andrea Iervolino and Lady Monika Bacardi will finance and produce the film. Graciela Rodriguez wrote the screenplay and will co-produce with Gabriel Leybu. Monsignor Eduardo Garcia will be Pope Francis’ advisor.

All profits from the film will be donated to Argentinean charities El Alemendro and Los Hogares de Cristo, which aid at-risk children and young adults. 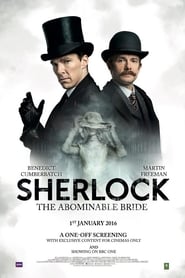 Sherlock Holmes and Doctor Watson investigate a mysterious ghostly bride. We’ve been here before – but what if this wasn’t the modern day but the late Victorian period? What if the world’s most famous consulting detective and his best friend lived in a Baker Street of steam trains, hansom cabs, top hats and frock coats? Welcome to Sherlock in 1895!