A Church of England vicar shouted: ‘I’m from the Vatican, you’re f*cked’ as he brawled with police after a vodka-fuelled nightclub binge.

Parish priest Gareth Jones, 36, yelled: ‘I have diplomatic immunity’ as he punched, kicked, bit and spat at a police officer and a paramedic who found him passed out in his clerical frock on Charing Cross Road, in Covent Garden, central London.

When paramedic Ian Pollock gently shook the passed-out pastor at 2.30am to check he was alright, he awoke and growled: ‘I am going to f*ck you up.’

Jones threatened to attack Mr Pollock but was unable to stand up after downing three bottles of wine, several pints of beer, a number of gin and tonics and vodka during a binge of Biblical proportions.

The married father-of-one, who was ordained in 2006 and serves at St Mary and the Virgin in Great Ilford, northeast London, then lashed out and kicked the emergency worker twice in the leg.

Fearing for his safety, Mr Pollock mounted the violent vicar in the street in a desperate attempt to subdue him.

‘Two police officers on the other side of the road see what’s going on,’ said prosecutor Edward Aydin.

‘Mr Pollock, fearing an attack, positioned himself on top of Mr Jones to protect himself.

‘Mr Jones is still attacking the paramedic, he punches him in the chest then tried to bite his arms and is spitting on him.’

As the officers tried to hold Jones’ legs during the struggle, he kicked PC Andrew Fletcher in the left cheek before claiming he was from the Vatican embassy in a cunning attempt to avoid arrest.

‘He says: ‘I have diplomatic immunity’,’ said Mr Aydin.

‘The officer says ‘which embassy?’ and he says: ‘The Vatican, you’re f*cked.’

‘He is growling makes no attempt to respond to a caution and continues to shout that he has diplomatic immunity.’

He added: ‘I’m not sure if he has anything to do with the Vatican because he is with the Church of England.

‘There’s no relationship between those two religions.’

PC Fletcher had to put a leg strap around the vicar’s ankles before he was put in a police van and taken to Belgravia Police Station.

He told officers he had been drinking at El Vino and The George on Fleet Street before heading to a nightclub in Soho, adding: ‘I am utterly ashamed and sorry for any harm that I have caused.’

Today (Fri) he appeared at Highbury Magistrates’ Court wearing a black suit jacket over a white shirt and blue tie as he pleaded guilty to two counts of assault by beating.

The court heard that Jones has previous convictions for communicating a false bomb hoax, affray, possession of cannabis, fraud, criminal damage, and driving matters, all before he was 21 years old.

‘Mr Jones told me he had a misspent youth,’ said Dominic Hockley, defending.

‘He is deeply ashamed, he is entirely remorseful, it is a far cry from a man who in 2006 having been ordained as a pastor set up in Brighton and Hove the ‘Street Pastors’ who go acting with the police and with the paramedics looking after homeless drunks and those on drugs.’

Mr Hockley told the court that Jones had consumed around 53 units of alcohol before the incident and is seeking help to deal with alcoholism.

He said: ‘The drinking had moved on from social drinking with his wife to something far more devastating.

‘To say that this incident has been a wake-up call would be an understatement.’

Jones will have to face an ecclesiastical court which may impose a lifetime ban on him serving the church after his conviction.

‘It will mean that his position at his current church is in jeopardy and he will have to move out of the family home,’ said Mr Hockley.

‘This will have huge implications on his career, family life and his home.’

He said: ‘You have known for two years that you had a significant problem with alcohol which you told me.

‘Nonetheless you decided to go out and drink to the extent that you are found asleep in a doorway.’

He continued: ‘Both of these individuals are working in the public sector providing a service to the public, and in these circumstances not only were they providing a public service, but they were specifically coming to assist you.’

Judge McPhee accepted that Jones was remorseful and said he had ‘turned his life around’ after the  convictions from his youth.

Jones, of South Park Road, Ilford, northeast London, is said to be cooperating with Redbridge Alcohol Services and AA as he seeks help with his alcoholism. 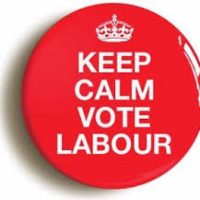