22 Most Vibrant Light Festivals You Should See

GLOW is an annual light festival in Eindhoven displaying bright installations, sculptures, projections, and performances created through a collaboration of different artists, designers, and architects.

Kobe Luminarie is a light festival held every December in Kobe, Japan. It was originally celebrated as a commemoration to the victims of the Great Hanshin Earthquake of 1995.

The city of Amsterdam lights to beat the dark winter season and visitors can either choose to view the light-filled waterways via boat or walk around the illuminated streets of Weesper and Plantage in Amsterdam East.

One of the most visited cultural events in Czech Republic, the SIGNAL Festival catches eyes through their video-mapping exhibits, and interactive and light installations located at the city’s historical sites.

Read the full story over at When on Earth 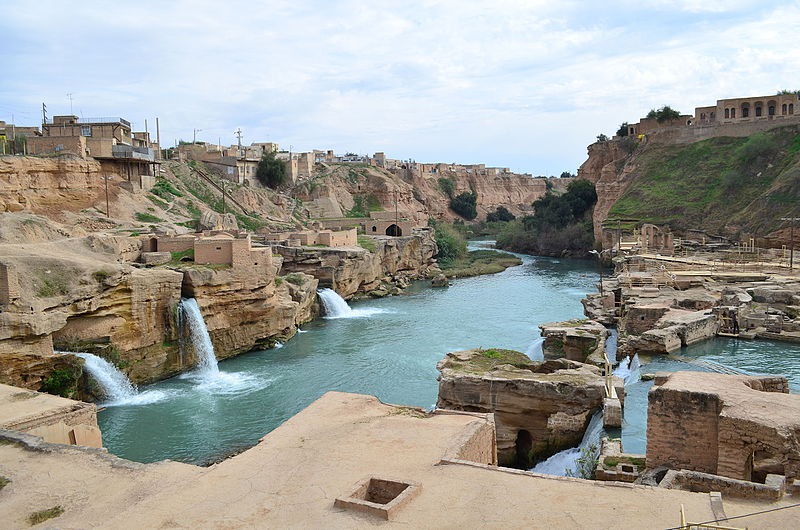 The Shushtar Hydraulic System in the island city of Shushtar is a complex irrigation system that dates back to the time of the Achaemenid king Darius the Great in the 5th century BCE. Described by UNESCO “as a masterpiece of creative genius”, the Shushtar Hydraulic System involved the creation of a diversion canal on the river Karun to form a moat around the city, over which bridges and gates were built to keep away unwanted visitors
read the full story at AmusingPlanet

Radioactive Jockstraps and other Lethal Cures to Improve ones Sex Life

It’s almost easy today, a century later, to laugh about the questionable medical inventions of yesteryear. But another hundred years from now, will people be laughing at the harmful products you and I use today?

Here on MessyNessyChic, we’ve become quite familiar with the generation that brushed its teeth with radioactive toothpaste and that fell for the radioactive quackery of the past, but if you have some catching up to do, I suggest you do that first before reading on.

Here on MessyNessyChic, we’ve become quite familiar with the generation that brushed its teeth with radioactive toothpaste and that fell for the radioactive quackery of the past, but if you have some catching up to do, I suggest you do that first before reading on.

It’s a subject that seems to endlessly shock me with its array of lethal inventions that were available during the height of the fad in the early 20th century. Most recently, I learned about the inventions which tied in radioactivity with sexuality.

They were making radioactive athletic supporters for weak sagging men, drying out boar’s testicles and making them radioactive to improve your romantic talent. There were even radium suppositories for men and women, promising to deliver a sense of vitality and energy.

full article over at Messynessy

A nuclear power propulsion system could propel a spacecraft to Mars in just over a month, a huge step forward from the current 18 months required. Russia might test a nuclear engine as early as 2018, the head of the Rosatom nuclear corporation revealed.

Another advantage of a nuclear engine is that it enables a spacecraft to maneuver throughout the flight, whereas existing technology only makes a defined trajectory flight possible.

The nuclear engine project was launched in 2010 and by 2012 an engineering design had been created. The project’s budget is estimated at 20 billion rubles (about $US274 million).

It has been reported that a prototype nuclear drive could start testing by 2018. Traditional rocket engines are believed to have reached the limit of their potential and can’t be used for deep space exploration.

An operable module with a nuclear drive would facilitate space exploration both for close-range expeditions to the Moon and deep-space autonomous robotic missions to the outskirts of the Solar system.

Using nuclear energy in space was a big deal in the Soviet Union, which launched a nuclear engine project in 1960 and fulfilled it by 1980. An operable engine was tested at the Semipalatinsk nuclear military range.

Between 1970 and 1988, the USSR launched 32 spacecraft equipped with thermoelectric nuclear power plants.