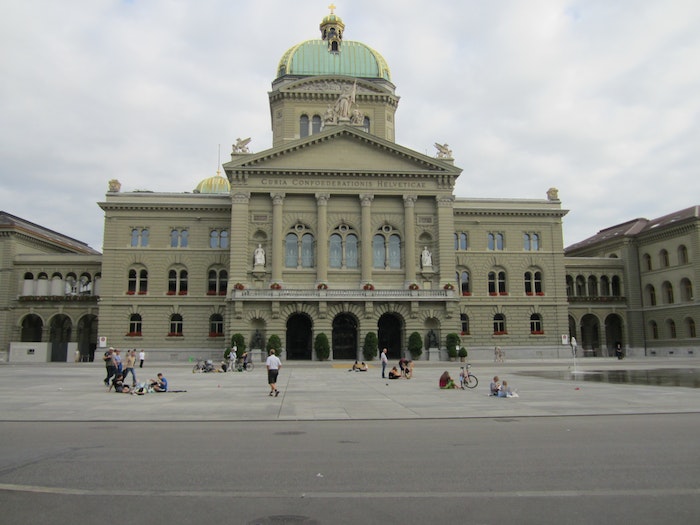 When was the last time you needed professional animal trainers for your photography? Meet Russian photographer Katerina Plotnikova. Katerina had a vision of contrasting fierce wildlife with angelic women in vintage princess-like dresses. From bears to snakes to tigers… we can’t even begin to imagine the challenges she must have faced during this shoot.  As you can see below, the results are absolutely worth it. Her work is visually stunning, full of emotion, and evocative of a world straight out of a fairy tale.

Rescue workers transport a victim of a Boko Haram suicide bomb attack at a refugee camp in Nigeria earlier this week. One teenage girl sent by the extremist group to attack the camp ripped off her suicide vest and ran away. (Jossy Ola/Associated Press)

Strapped with a booby-trapped vest and sent by the extremist Boko Haram group to kill as many people as possible, a young teenage girl tore off the explosives and fled as soon as she was out of sight of her handlers.

Her two companions, however, completed their grisly mission earlier this week and walked into a crowd of hundreds at Dikwa refugee camp in northeast Nigeria and blew themselves up, killing 58 people.

Later found by local self-defence forces, the girl’s tearful account is one of the first indications that at least some of the child bombers used by Boko Haram are aware that they are about to die and kill others.

“She said she was scared because she knew she would kill people. But she was also frightened of going against the instructions of the men who brought her to the camp,” said Modu Awami, a self-defence fighter who helped question the girl.

Saudi Arabia official: If all else fails, remove Syria’s Assad by force

Part two of Amanpour’s interview with the Saudi foreign minister, on the war in Yemen and human rights in Saudi Arabia, airs next week.

Munich, Germany (CNN)Saudi Arabia’s foreign minister says if the Syrian political process fails, President Bashar al-Assad will have to be removed “by force.”

Saudi Arabia is prepared to contribute ground troops to the fight in Syria, but only as part of a U.S.-led coalition, he said.

“Bashar al-Assad will leave — have no doubt about it. He will either leave by a political process or he will be removed by force.”

“We will push as much as we can to ensure that the political process works. But if it doesn’t work, it will be because of the obstinance of the Syrian regime and that of its allies.”

“And should that prove to be the case, then it becomes clear that there is no option to remove Bashar al-Assad except by force.”

No time for celebrations

The political process has been in doubt, especially of late. U.N.-brokered talks were put on ice almost as soon as they started this month.

Hopes were buoyed here in Munich after U.S. Secretary of State John Kerry and Russian Foreign Minister Sergey Lavrov announced an agreement that would, in theory, lead to a pause of sieges to allow humanitarian aid delivery, and an eventually de-escalation of hostilities.

But U.N. Deputy Secretary-General Jan Eliasson told Amanpour the time for celebration had not yet arrived.

Only after the deal is implemented, Eliasson said, will the U.N. be able to think about restarting peace talks. He emphasized that, though he was hopeful about the deal’s prospects, it was not yet a breakthrough, and he needed to see progress within a week to believe in the deal’s robustness.