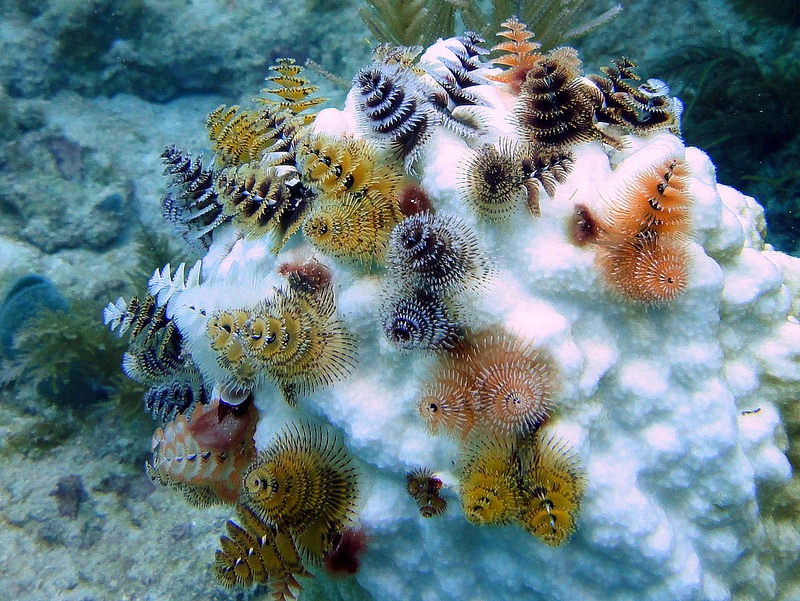 Scientifically that are called spirobranchus giganteus, but they are better known by their colloquial name — Christmas tree worm. The worm is so called not because they feed on fig trees but because they look like them.

The spirobranchus giganteus live in the ocean and sports two magnificent spirals of plumes that protrude from its tube-like body and which look like tiny Christmas trees. These plumes are composed of hair-like appendages called radioles that radiate from the worm’s central spine, and help the animal to grab food, which typically consists of microscopic plants, or phytoplankton, floating in the water. The plumes are also used for respiration. Measuring less than 4 cm in height, they come in many colors including orange, yellow, blue, and white and, are easily spotted due to their shape, beauty, and color.

U.N. says some of its peacekeepers were paying 13-year-olds for sex U.N. peacekeeping forces patrol during elections in the streets of a Muslim district of Bangui in December. (Issouf Sanogo/AFP/Getty Images)
By Kevin Sieff January 11 Follow @ksieff
NAIROBI — The United Nations has been grappling with so many sexual abuse allegations involving its peacekeepers that Secretary General Ban Ki-moon recently called them “a cancer in our system.”

Now, officials have learned about what appears to be a fresh scandal. Investigators discovered this month that at least four U.N. peacekeepers in the Central African Republic allegedly paid girls as little as 50 cents in exchange for sex.

The case is the latest to plague the U.N. mission in the Central African Republic, whose employees have been accused of 22 other incidents of alleged sexual abuse or sexual exploitation in the past 14 months. The most recent accusations come in the wake of Ban’s efforts to implement a “zero tolerance” policy for such offenses.

The United Nations maintains nine peacekeeping operations in Africa, employing more than 100,000 people on the continent, and the abuses threaten to erode the organization’s legitimacy. Other sex-crime cases have occurred in Mali, South Sudan, Liberia and Congo in recent years.

Last month, the United Nations published a damning independentinvestigation that said that poor enforcement of policies in place to deter and report abuse meant that “the credibility of the U.N. and peacekeeping operations are in jeopardy.” Experts and officials say systemic problems still hinder the investigation and prosecution of alleged abusers, leading to a perception of impunity.

Top judge says justice system is now unaffordable to most 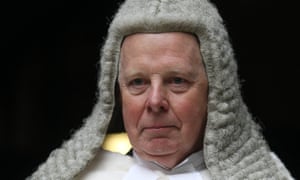 Civil justice is unaffordable for most people, more people are being forced to represent themselves, and judges – whose pensions have been cut – feel underappreciated, according to the lord chief justice.

In his annual report to parliament, Lord Thomas of Cwmgiedd welcomed the government’s commitment to spending £780m on modernisation and new technology but delivered a downbeat assessment of the courts in England and Wales.

“Our system of justice has become unaffordable to most,” Thomas said in the introduction to his report. “In consequence there has been a considerable increase of litigants in person for whom our current court system is not really designed.

full story at The Guardian

BEIRUT, Lebanon — Saudi Arabia arrested a prominent human rights activist on Tuesday in what advocacy groups called the kingdom’s latest effort to clamp down on dissent.

The activist, Samar Badawi, until recently had led the campaign to free her former husband, Waleed Abu al-Khair, a Saudi lawyer currently serving a 15-year sentence in connection with his own activism.

She is also the sister of Raef Badawi, a Saudi blogger who was sentenced to a large fine, 10 years in prison and 1,000 blows with a cane for running a website that criticized the country’s religious establishment. He received 50 blows in a public square last year, prompting international outrage. The caning stopped, but Mr. Badawi remains in prison.

Amnesty International, one of the organizations that reported Ms. Badawi’s arrest, called it “the latest example of Saudi Arabia’s utter contempt for its human rights obligations.”