The Latte Stones of Mariana Islands 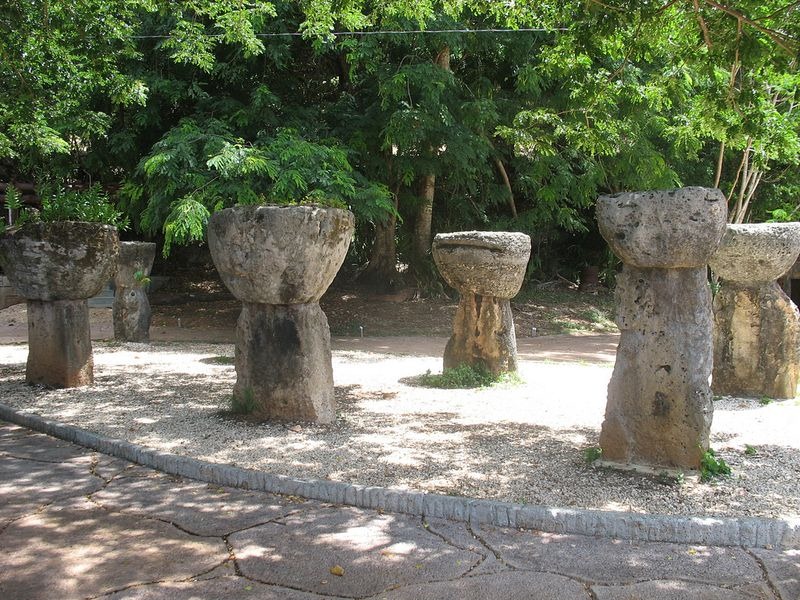 Throughout most of the Mariana Islands, a crescent-shaped archipelago in the western North Pacific Ocean near Japan, a peculiar kind of megalithic structure known as Latte Stones are found. Ranging between 4 to 7 feet in height, these erect stones are composed of a base column, called halagi, with a semi-circular bowl-like structure called tasa, at the top. Latte Stones were used as foundations over which the ancient Chamorro people built

read more at The Amusing Planet

Some Homelessness Charities Are Not What They Seem. Make Sure You’re Not Killing With Kindness

You could be killing with kindness if you give money to some homelessness charities.

Many well-meaning people donate spare change to homelessness charities without realising they might be supporting policies which harm, and could even kill homeless people.

Several homeless charities use workfare staff who face benefit sanctions if they refuse to work for free.  These sanctions have been linked to suicides, homelessness, ill health and desperate poverty.  Both the Salvation Army and the YMCA are heavily involved with workfare.

Despite many tragic deaths on the streets many homelessness charities oppose help being given directly such as soups runs.  One organisation (Thamesreach) even supported a Tory council’s failed attempt to make it illegal to give food to homeless people

full story over at The Void

The number of households forced to live in emergency accommodation is at its highest level since the peak of the financial crisis, official figures show, as experts said that Government welfare cuts are driving England towards a new homelessness crisis.

Between July and September this year, 68,560 families and other households were housed in temporary accommodation, including thousands put up in B&Bs and hostels – the highest numbers since the same period in 2008.

In the same three month period, councils in England accepted 14,670 new applications for ‘statutory homelessness’ – more than at any time since 2008.

Experts said the Government’s failure to ensure housing benefits keep up with soaring private rental prices was the main factor behind the increase.

Housing benefits, which have been fixed at below inflation one per cent annual increases since 2013, are now set to be frozen for four years – a factor which the Chartered Institute of Housing said could create more homeless families.

full story at The Independent

Brazil declares emergency after 2,400 babies are born with brain damage, possibly due to mosquito-borne virus

Rio de Janeiro, which will be the host of the 2016 Olympic Games, is one of the areas in Brazil where the Zika virus has been found, and local officials have been aggressive about trying to eradicate mosquito breeding grounds. (Mario Tama/Getty Images)

Brazilian health authorities are sounding the alarm about a mosquito-borne virus that they believe may be the cause of thousands of infants being born with damaged brains.

The pathogen, known as Zika and first discovered in forest monkeys in Africa over 70 years ago, is the new West Nile — a virus that causes mild symptoms in most but can lead to serious neurological complications or even death in others. Brazil’s health ministry said on Nov. 28 that it had found the Zika virus in a baby with microcephaly — a rare condition in which infants are born with shrunken skulls — during an autopsy after the child died. The virus was also found in the amniotic fluid of two mothers whose babies had the condition.

“This is an unprecedented situation, unprecedented in world scientific research,” the ministry said in a statement on its website, according to CNN.

UK Muslims with Disneyland plans: We were barred from plane due to religion

Two Muslim families from London say they weren’t allowed to board a plane to Los Angeles, where they planned to visit Disneyland with their children, because of their religion.

“We’ve been Trumped,” they told CNN.

They made no allegation that the U.S. presidential candidate Donald Trump played a direct role in their case. The implication, rather, was that the atmosphere to which Trump has contributed, with his proposal to ban Muslims from entering the country, played a role in their exclusion solely, they believe, on the grounds of religion 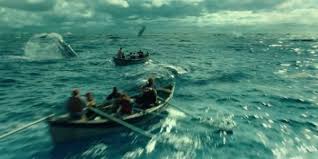 Fantastic movie based on the book Moby Dick.Gritty and stunningly filmed it tells the story of a whaling ship but more so it tells a tale of the ocean,nature not bending to mans will.I would highly recommend it if you have  any interest in the ocean,nature or just like a damn good yarn

link:In The Heart of the Sea

A cafeteria worker at an Idaho middle school was fired for giving lunch to a 12-year-old student who said she was hungry and had no money for food. The worker said she tried to pay for the lunch, but the school rejected her attempt.

Dalene Bowden, a former employee of Irving Middle School in Pocatello, Idaho, said she was first placed on leave last week, then summarily fired, by the Pocatello/Chubbuck School District for the theft of school district property and inaccurate transactions in her duties as a food service worker, according to the Idaho State Journal.

Bowden, a three year worker with the school district, said that the student had told her she had no money for the $1.70 lunch. Bowden then asked her supervisor if she could purchase the meal for the girl. When the offer was denied, Bowden gave out the lunch for free. After being placed on termination leave on December 15, Bowden received a brief letter, signed by District 25 Director of Human Resources Susan Petit, informing her of her firing.

“This is just breaking my heart,” Bowden, a breast cancer survivor, told the Idaho State Journal. “And they couldn’t even bother to put my check in with the letter.”