Awebsite every activist should know about:Backlash

In protests of the future, how will the underground fight back?

Scenario: Local off line networks are not new to protests. We’ve seen mesh networks in many colors and flavors used in past protests, Firechat being the most recent.

The Backslash router is one that is tailor made for fast deployment in emergency situations. With the quick pull of a strap, someone can launch a node for an offline network, which can allow localized communication even during internet and cellular blackouts. Additionally, when used in combination with the Backslash network of wearables, protesters have the ability to plot areas of conflict accurately on a map.

Scenario: In modern protests, the majority of photos and videos are user generated, sourced from protesters who consider themselves a new independent media. They show us brutal acts of law enforcement and document historical events from the inside. The power of these images is a threat, which leads to cameras being confiscated or broken.

This wifi enabled storage device allows you and others around to upload photos and videos anonymously, without metadata, to a personal cloud. Your personal blackbox for protests keeps a backup of the vital data so that abuses can be documented even if something happens to your phone or camera.

In Saudi Arabia the number of writers and bloggers facing the whip and the sword—and even crucifixion—is growing. Sound a bit like ISIS? Many think so.
GAZA STRIP — It’s been a bad year for Saudi Arabia’s public image. An unusually large number of death sentences and executions have sparked outrage from rights groups and activists across the world.

The latest controversy comes from the case of Ashraf Fayadh, a 35-year-old Palestinian poet whose death sentence was handed down for charges of apostasy on Nov. 17.

Now, in a strange twist, a Palestinian human rights lawyer in the besieged Gaza Strip will do his best to save Fayadh’s life. But Raji Sourani, Fayadh’s representative and a veteran human rights crusader, isn’t quite sure how to do it. He began an interview with The Daily Beast by admitting it’s his “first time dealing directly with the Saudi Arabian legal system.”

Sourani does know that he won’t have access to Fayadh. “Our only contact is through his sister and mother in Saudi Arabia,” he said. “His other sister is here [in Gaza]. She’s the one who asked for my assistance.”

Sourani says that the charges against the poet are baseless and motivated by a personal dispute with another Saudi over a European soccer match. “He was arrested in 2013, then again in 2014, and that time he was sentenced to four years in prison and 800 lashes.”

The repeated arrests, followed by a new judge being appointed to the case who decided Fayadh was promoting atheism (through a collection of poems that weren’t even published in Saudi Arabia), seems fishy to Sourani.

full article at The Daily Beast 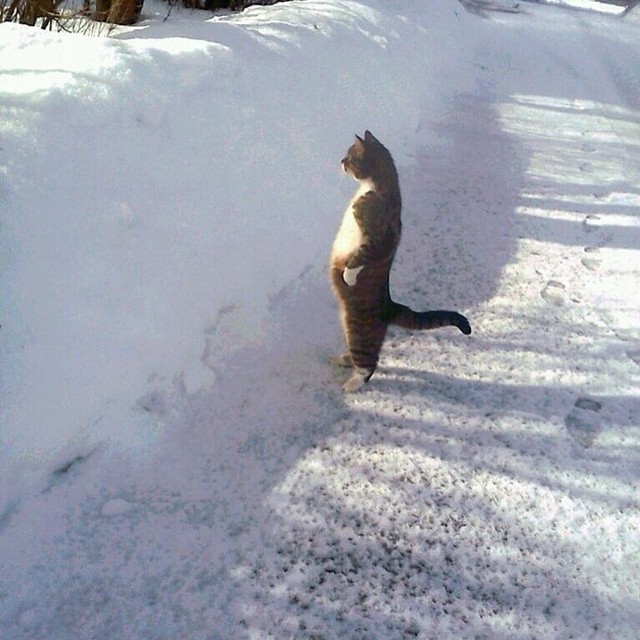 Photograph by DAVE SANDFORDrest of another 16 stunning photographs here TwistedSifter